My Whistles
When I was younger, I played a wooden flute. For various reasons, I didn't play much for a number of years and when I re-tried the flute, I found it difficult, especially trying to hold it in position and blow it at a precise angle at the same time. It was also very heavy! I thought 'there must be an easier way than this' and my new-found enthusiasm was encouraged by the arrival of the Internet which opened a whole new world of instruments to me.
Modern technology had brought the skills of instrument-making to a whole new level.
I had played the simple tin whistle for years and I got excited about new materials and modern craftsmanship. (Tin whistle design had changed very little since its invention by Robert Clarke in England, in 1843).
If I say so, I was good at it and in the 80's, I came third in Leinster at a Fleadh Cheoil.
An array of whistle types, from aluminium to hardwood, now became available. I purchased all-brass whistles from John Sindt in New York and these remain my preferred metal whistles today.
Next, I began looking at wooden whistles. There are two sizes, ranging from tin whistle size ('high' whistles) to the much larger 'low' whistle, (which could be classified as a vertical flute, with a deep sound which is an octave below its 'high' cousin).
Tropical hardwoods were discovered when European countries became empires and it didn't take long to discover their merits for furniture and musical instrument making. In general, soft European wood is not that good compared to the likes of Ebony, Blackwood, Cocus and Leadwood. (One Caribbean hardwood discovered by the Spanish is called 'Quebracho', the Axe Breaker).
Hardwoods give a loud, clear tone. Unfortunately, some of these timbers have been depleted in recent times and nowadays, international trade in woods is strictly controlled.

Over the years, I have gathered a collection of about 20 whistles, big and small, from various makers worldwide. My favourite maker of wooden whistles (with brass tuning slides) is Peter Ashenbrenner in Austria. I have instruments in several keys from him in Blackwood, Rosewood and Leadwood, which he sources from South Africa and they are all excellent.


Riverdance has been credited with making low whistles popular (true!) but the lineage of these instruments is much older than that. Whistles are members of the Recorder family and when looking up images of whistles in art on the Internet, I discovered that whistle instruments were widely played as far back as the 1500s.
Whistles must be the most accessible instrument in the world. They are easy to begin with but can take many years to master! A good low whistle in the key of D might cost 700 euros and recently, I purchased a basic Generation-brand D tin whistle for 8 euros!
Wooden whistles made by: 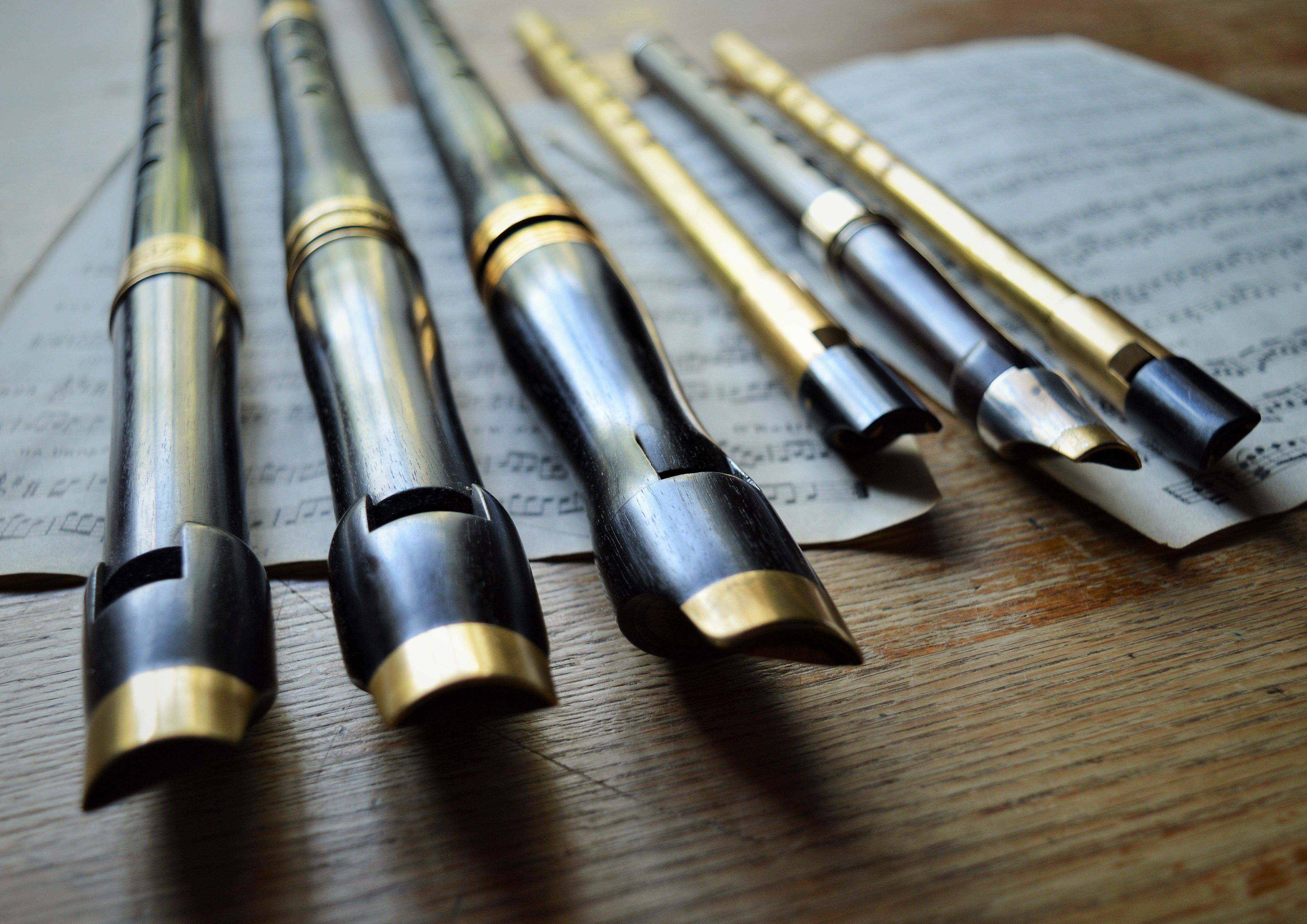 The whistles used in the making of the album.